Associated with the Department of Sociology at the University of Alberta, he teaches teaches undergraduate and graduate courses that explore religion and deviance.

Kent is a cult expert who has written extensively about Scientology, polygamy as practised by Mormon fundamentalists, the Children of God/The Family, and other issues surrounding new and alternative religions.

His writings on Scientology have made him a target for that cult‘s hate-inspired dead agenting practices.

Stephen Kent also exposes academics who are co-opted by new religious movements (e.g. CESNUR‘s J. Gordon Melton). This is one reason why cult apologists like CESNUR’s Massimo Introvigne malign him. 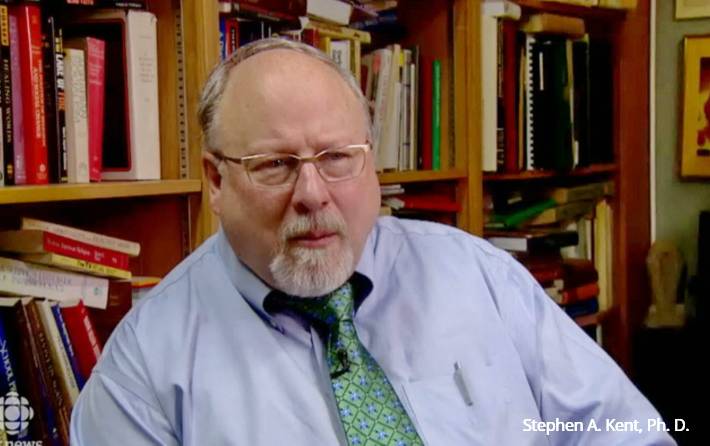 Stephen A. Kent, Ph. D. – Screenshot from a report by CBC News, Canada on Landmark Education

Resources by Stephen A. Kent

About this update: This post was first published on Apr. 24, 2006. As time and energy permit we update entries throughout Apologetics Index.