The religion of Transcendental Meditation

As a meditation technique, TM has its origins in Hinduism, the religion of 700 million people worldwide, concentrated mostly in India. Hindus are polytheistic, recognizing an estimated 300 million gods. Hindus believe in reincarnation, in people’s choices influencing their destiny, and in the sacredness of all forms of life.

Meditators, though, deny they are engaged in religious activity. “The Transcendental Meditation technique is not a religion; it is not a religious practice,” says Craig Pearson, 50, executive vice president of mum. “It has nothing to do with religion; it’s all about developing a total potential of brain function.” Pearson, whose office is near Taste of Utopia Street and Golden Dome Way, is the author of a forthcoming book on “yogic flying,” a hopping maneuver performed with one’s legs crossed.

Pearson says TM allows people to unlock their full “God-given potential.” All problems in the world, including drug abuse, school violence, marital strife, and government corruption, can be traced to a failure to use total brain potential, Pearson believes. “There is no conflict with one’s religion; in fact, there’s only support for whatever one’s religious tradition might be.”

Pearson echoes the 1989 announcement by the TM World Plan Executive Council that the “scientific technique” nourishes all religions. “What Maharishi is propagating is the essence of Christianity,” the council stated. “By teaching TM, Maharishi is creating heaven on earth and fulfilling the will of Christ.”

Many Christians disagree. As Fairfield First Baptist Church pastor Jim Wotherspoon, 49, says, “What it boils down to is either Jesus Christ is Lord or Maharishi Mahesh Yogi is Lord.”

For five years, Robert Relly lived in the Catskill Mountains of New York with an elite group that meditated, read Vedic scripture, and studied Sanskrit and Hindu astrology nine hours a day. He moved to Fairfield in 1993. “I thought I was on the path to God,” says Relly, 35. “I was going to save the world.” A 1996 invitation to Jubilee Christian Center, now Fairfield’s fastest-growing church, changed his life. “I saw that TM is incompatible with Christianity,” he says. “It’s Hinduism. Jesus said no one comes to him except by the Father. You’re either for Jesus or against him.”

For many, nearly everything about TM seems religious–especially devotees’ gathering daily in a sacred place before a portrait of a leader addressed as “his holiness.” In some areas, courts seem to agree. In a case involving use of TM in New Jersey public schools in 1977, U.S. District Judge H. Curtis Meanor ruled that TM teachings “are religious in nature” under the First Amendment’s establishment clause. At about the same time, several evangelical denominations published position papers or passed resolutions declaring TM to be incompatible with Christianity.
[…more…]
– Source: Field of TM Dreams by John W. Kennedy, Christianity Today, Jan. 8, 2001

Maharishi Mahesh Yogi and the TM Organization claim that Transcendental Meditation and its related practices are not religious in nature. This position has enabled them to obtain public monies and to enlist the aid of governmental entities in the propagation of their beliefs, teachings, theories, and activities.
– Source: Is TM a religion? 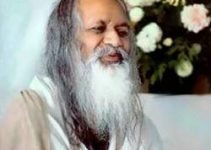