Next page: Islam and Terrorism
Previous page: Jihad: the concept of Holy War in Islam

Sharia is the moral code and religious law of Islam.

The Arabic term Sharia (Shari’a, Shari’ah) literally means “the clear, well-trodden path to water.” Muslims use the term to refer to Islamic law, which they believe to be equivalent to Allah’s (God’s) law. Muslims believe that, just as water is vital to human life, so the clarity and uprightness of Sharia is the means of life for souls and minds. [1]

All Muslims believe Sharia is God’s law, but they have differences between themselves as to exactly what it entails. Modernists, traditionalists and fundamentalists all hold different views of Sharia, as do adherents to different schools of Islamic thought and scholarship. Different countries and cultures have varying interpretations of Sharia, as well. [2]

The Sharia regulates all human actions and puts them into five categories: obligatory, recommended, permitted, disliked or forbidden.

It consists only about 30 ayat ul-ahkam (verses containing ordinances, nasus) of the Qur’an and about 70 ahadiths. These ordinances (nasus) are said to be self-evident (zahir) and not open to conflicting interpretations.

Muslims may hold in great unity and with much tenacity to the major beliefs and pillars of their religion, yet these same Muslims may differ greatly with one another. The differences may be affected by politics, legal interpretations, theological positions, and cultural variations.

Several Islamic legal traditions were in place during the first several centuries. One legal tradition may interpret and rule a harsher penalty for a violation of Islamic Law than another.
– Source: George W. Braswell Jr., What You Need To Know About Islam and Muslims Broadman & Holman Publishers, 2000, page 60.

Wherever it is applied, Sharia has led – and still leads – to human rights violations – including cruel and unusual punishments (e.g. death penalty by stoning, hanging, or beheading. Amputations of hands and/or feet. Public executions, and etcetera).

Islamic Law … is based on the following:

A class of Islamic scholars and jurists called Ulama make interpretations of the law. These jurists developed schools of law. Each school may make decisions about matters such as marriage rights, divorce procedures, inheritance, and forms of punishment, which may differ from each other.

CNN’s Soledad O’Brien sits down with Harvard Law professor Noah Feldman, who describes the basics of Sharia law and the difference between Islam and Sharia law.

“There’s a fundamental contradiction in how the Muslim world and the West view Sharia law,” says Feldman. It is popular in Muslim countries, while in the West the very word is “radioactive”:

Next page: Islam and Terrorism
Previous page: Jihad: the concept of Holy War in Islam 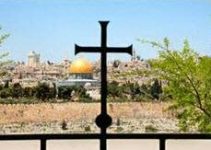