Denomination: A religious body originating as a Christian movement or sect and generally classified as a Christian body regardless of its doctrinal orthodoxy.
– Source: “A Biblical Guide To Orthodoxy And Heresy Part One: The Case For Doctrinal Discernment” (an article from the Christian Research Journal, Summer 1990, page 28) by Robert M. Bowman.

Paul noted four factions in the Corinthian church. The Center for the Study of Global Christianity counts 45,000 denominations around the world, with an average of 2.4 new ones forming every day. The center has an admittedly broad definition of denomination, but even a dramatically lower count will be absurdly high in light of Jesus’ prayer in John 17 that we all might be one. It makes some wonder about the Reformation. As one theologian lamented, “Isn’t this the movement that drove the church into the churches?” Should we wholeheartedly celebrate the Reformation when one of its main legacies seems to be so much division?
[…]

With a worldwide Christian perspective, the predominate reason for difference among Christian groups comes to light: The earthly church is always contextual in nature. It must function in a particular time, space, nation, culture, and language. At the same time, it is called by God to proclaim a divinely revealed message that attests to the person and work of Jesus Christ for all time, space, nations, cultures, and languages.

This challenging dynamic binds the Protestant tradition as much as any other Christian tradition. The persistence of the church’s many branches illustrates the power with which it has gone forth into all the nations: Christianity has never looked exactly the same in every time and space. Nor has one hierarchy governed it.

Contextualizing the church is not a scandal or a weakness. On the contrary, the ability to adapt to context has been one of Christianity’s greatest strengths.
– Source: Jennifer Powell McNutt, Division is not always a scandal, Christianity Today, December 30, 2016

[T]here are thousands of different denominational and independent Christian churches who, for the most part, agree on the basic fundamentals of Christ, but who maintain their separate groups for relatively minor issues. They may not agree on all other matters of doctrine, interpretation, traditions, or the special emphasis placed on certain beliefs.
[…]

According to Church Historian, Dr. Bruce E. Shelley, the original usage of the term “denomination” actually stood for unity, not division. It was used to describe cooperation with other churches without compromise of fundamental convictions. […full article…]
– Source: From the book, “What People Ask About The Church,” by Dale A. Robbins. 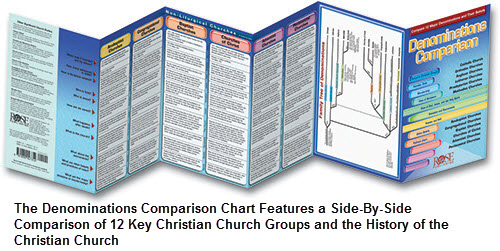 In the early 1500s, a German monk named Martin Luther was so conscious of his sins that he spent up to six hours in the confessional. Through study of the Scriptures he found that salvation didn’t come through anything he did, but simply through trusting in the finished work of the cross of Jesus Christ. He listed the contradictions between what the Scriptures said and what his church taught, and nailed his “95 Theses” to the church door in Wittenberg, Germany. Martin Luther became the first to “protest” against the Roman church, and thus he became the father of the Protestant church.

Since that split, there have been many disagreements about how much water one should baptize with, how to sing what and why, who should govern who, etc., causing thousands of splinter groups. Many of these groups are convinced that they alone are right. These have become known as Protestant “denominations.”

Despite the confusion, these churches subscribe to certain foundational beliefs such as the deity, death, burial, and resurrection of Jesus Christ. The Bible says, “The foundation of God stands sure, having this seal, The Lord knows them that are his” (2 Timothy 2:19). Thomas Jefferson once wrote of a preacher, Richard Mote, who “exclaimed aloud to his congregation that he did not believe there was a Quaker, Presbyterian, Methodist, or Baptist in heaven, having paused to give his hearers time to stare and to wonder. He added that, in heaven, God knew no distinctions.”
– Source: Excerpt from The Evidence Bible

Note: Churches, groups and movements that depart from the foundational, essential doctrines of the Christian faith in so doing become theologically cults of Christianity. 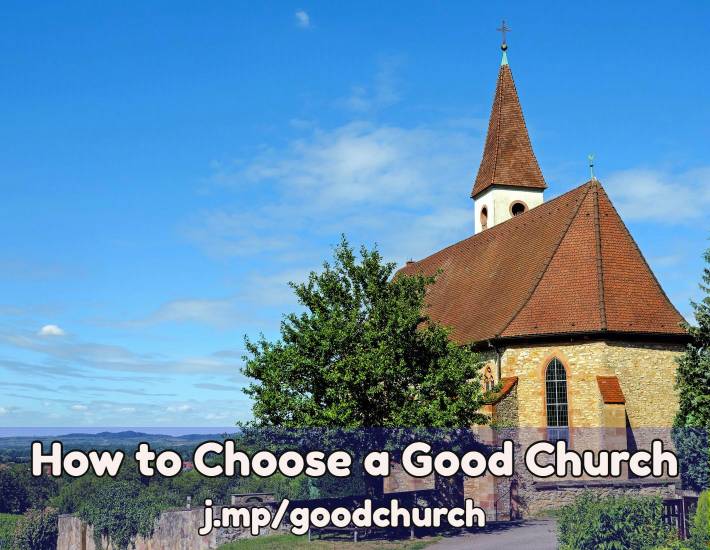