Tonight an Investigation into a Korean organization with dozens of yoga centers in the New York area. The group promises healing and peace. But some say it’s a high priced, dangerous cult. Reporter Joe Bergantino from our sister station WBZ in Boston investigates what this group is all about and what you should know before you sign up.

Veronica Siverls Dunham is talking about her sister Julia, a 41-year-old professor who taught at Queensborough Community College. Her mission was to become a master of Dahn Hak, a group that says it teaches yoga and holistic health at 147 centers around the country, including at least 26 in New York and New Jersey.

But our investigation reveals there’s a lot more to Dahn Hak than just yoga.

According to a fellow hiker, to become a master, one thing Julia had to do was hike up Casner Mountain in Arizona, with 25 pounds of rocks in her backpack. That same hiker says there were only three bottles of water for all five hikers making the all day trek.

Julia collapsed several times under the hot desert sun, but continued on at the urging of the group. She died on the mountain of dehydration .

Allen Siverl, Julia’s brother said, “To expose someone to the degree that they can ultimately die is madness.”

Julia’s family, also from New York, has filed an $84 million wrongful death lawsuit against Dahn Hak, accusing the group of engaging in brainwashing and lacing Julia’s food with drugs.
[…]

What happened to Julia Siverls shines a spotlight on an organization that some experts say fits the model of a destructive cult, that’s torn apart families and has cost some members thousands of dollars.
[…] 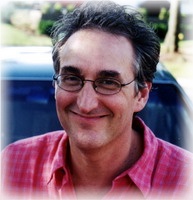 “This is a totalitarian, authoritarian Korean cult that wants you to stop thinking and become a clone,” Hassan said.

Ari Laquidara said, “My experience is that this is a fantastic organization for holistic healing and wellness, we have some great programs.”

Ben Lucal had a different experience and left Dahn Hak after being a member for two months.

Mind-control experts say it is a destructive cult that uses the centers to lure members and convince them to give up time and money. They say members have left behind families, considered divorcing their spouses, or changed careers to focus on the group.

Last month, Siverls’ family filed an $84 million lawsuit blaming Dahnhak for her death, accusing the group of forcing her to continue the hike and engaging in brainwashing that included lacing her food with drugs.

“They told us she died peacefully,” said her sister, Veronica Siverls-Dunham of Salisbury Mills, N.Y. “Then we got the police report. Give me a break. She was in pain, burning up. I protect my baby sister, and it’s my job to not let this just disappear. This must not be allowed to happen to anyone else.” – Source: Dahnhak sued after member dies trying to master art, The Journal News, USA, Aug. 7, 2005

“I see him as one of the effective spokespersons on this planet, urgently urging the world to find its path to peace,” said Neal Donald Walsh, author of “Conversations with God,” who has lectured with Lee. “He’s simply a gentle, peaceful man who sincerely seeks to assist people in finding inner and outer peace.”

“You never get tired of listening to him,” said Joe Lo Grasso, 62, a retired builder from Paramus, N.J., who has attended retreats in Sedona and has paid $10,000 for a course that claims to teach members how to heal themselves. “He kind of makes you open up your senses so your speech and thoughts flow.”

The master of the Bedford center, a Korean woman named Shim who runs a brain respiration class for children, said the program helps them overcome such conditions as attention deficit-hyperactivity disorder. “It improves their physical health and mental concentration so they are able to control their minds without taking any medicine,” she said.

Debra Goldstein, a Dahn member in Scarsdale, is among those who avoid the retreats but go to the classes because they find the exercises a great way to decompress after a hard day.

“I have a very stressful job,” said Goldstein, 50, of White Plains, who works in direct marketing. “When I go there, I just sort of put my mind in a blank once I get to that second half of the class so I can sleep at night.”

The skepticsSome ex-members call Lee a fake who left them in debt and isolated from friends and family.

Web sites have been appearing, seeking to debunk the organization, and the controversy is raging in South Korea.

“If you go over there, you’re either going to find people saying it’s the best thing in the world or it’s a cult,” said Will Berkhardt, a Dahn master and former spokesman in Sedona.

“I believe it is a destructive cult, complete with a charismatic figure who claims to be enlightened, deceptive recruitment and (questionable) techniques that make people dependent and obedient,” said cult deprogrammer Steve Hassan, who has worked with former Dahnhak members.

Deprogramming?
Deprogramming is a process that reverses alleged brainwashing. It is controversial in that the process is usually started without the voluntary cooperation of the person being deprogrammed.
Initially, the term ‘deprogramming’ referred to both voluntary and involuntary intervention. Over time, however, the term came to refer primarily to involuntary intervention.
In this article, Steven Hassan is incorrectly identified as a ‘cult deprogrammer.’ Unlike many others involved in cult intervention and counseling work Hassan is, in fact, a Nationally Certified Counselor and licensed Mental Health Counselor.
Combatting Cult Mind Control : The #1 Best-selling Guide to Protection, Rescue, and Recovery from Destructive Cults, by Steven Hassan
Releasing The Bonds: Empowering People to Think for Themselves
Guidelines for selecting a counselor/cult expert

“This is not the son I knew,” said Laquidara, who briefly joined Dahnhak to see what it was like.

Hassan confronted Ari Laquidara in December. For six days, Hassan showed him videos about cults and had him speak with ex-Dahn members.

But the efforts to get him to abandon Dahnhak failed.

“I was just saying, ‘I’m so sorry you were hurt, but it’s not my experience here in my community,’ ” Ari Laquidara said. “I am connected to people who really care for me.”

He acknowledged criticism that Dahn leaders exert too much control, pressuring certain masters to remain celibate for years at a time, while judging their spiritual worth based on their fundraising prowess.

He countered that celibacy was not required, but rather an “intention or wish,” designed to keep them focused on deeper, more spiritual pursuits. He said most masters he knows were single because “marriage takes a lot of time and energy on one person, whereas we have to focus on guiding, helping and healing far more than one.”

And the masters’ success at raising money is crucial, he said, because it enables Dahnhak to reach more people.

Iris Song, a former member from Phoenix, said a Dahn instructor told her she should divorce her husband, who resented her devotion to the group. At the time, Dahn leaders were trying to convince her to become a master.

“(A Dahn instructor) said my spirit was too pure to be tied down,” Song said. “They made me believe this was my destiny; that I needed to leave my family.”