Next page: Essential Doctrines – Research Resources
Previous page: To Believe or Not to Believe?

In writing to Titus about the work of an overseer in the Church, Paul told him that he must hold fast “to the faithful word which is in accordance with the teaching, so that he will be able both to exhort in sound doctrine and to refute those who contradict.” (Titus 1:9). And, he urged, “in all things show yourself to be an example of good deeds, with purity in doctrine” (Titus 2:7).

Paul told Timothy, who oversaw the Church at Ephesus:

Watch your life and doctrine closely. Persevere in them, because if you do, you will save both yourself and your hearers. – Source: (1 Timothy 4:16 NIV)

But the Spirit explicitly says that in later times some will fall away from the faith, paying attention to deceitful spirits and doctrines of demons, by means of the hypocrisy of liars seared in their own conscience as with a branding iron, men who forbid marriage and advocate abstaining from foods which God has created to be gratefully shared in by those who believe and know the truth. For everything created by God is good, and nothing is to be rejected if it is received with gratitude; for it is sanctified by means of the word of God and prayer. In pointing out these things to the brethren, you will be a good servant of Christ Jesus, constantly nourished on the words of the faith and of the sound doctrine which you have been following. – Source: (1 Timothy 4:1-6 NNAS)

Paul even warned Timothy that there would come a time when people “will not endure sound doctrine”:

I solemnly charge you in the presence of God and of Christ Jesus, who is to judge the living and the dead, and by His appearing and His kingdom: preach the word; be ready in season and out of season; reprove, rebuke, exhort, with great patience and instruction. For the time will come when they will not endure sound doctrine; but wanting to have their ears tickled, they will accumulate for themselves teachers in accordance to their own desires, and will turn away their ears from the truth and will turn aside to myths. But you, be sober in all things, endure hardship, do the work of an evangelist, fulfill your ministry. – Source: (2 Timothy 4:1-5 NNAS)

(Note that in the Greek the word ‘instruction’ in the above passage is didache, doctrine.)

False doctrine occurs within and without the Church.

• Outside the Church it ranges from the claims of world religions which serve another God, to the teachings of cults of Christianity – groups and movement that, while claiming to be Christian, deny one or more of the essential doctrines of the Christian faith.

• Inside the Church it ranges from the watering down of the Gospel to the introduction of unbiblical and/or extra-biblical teachings and practices which, more often than not, become a test of ‘true Christianity.’

a) by relying on the guidance of the Holy Spirit who indwells them, and
b) by stuyding God’s Word

One can not expect someone who has just accepted Jesus Christ as his savior to have a full, working knowledge of Biblical theology. The Bible indicates that people come to Jesus because the Holy Spirit draws them and they respond to His invitation. When someone accepts Jesus Christ, he becomes regenerated (born again – a new person, spiritually). Among other things, he receives the indwelling of the Holy Spirit, which puts him at a great advantage over non-Christians. Paul puts it like this:

11 For who among men knows the thoughts of a man except the man’s spirit within him? In the same way no one knows the thoughts of God except the Spirit of God.
12 We have not received the spirit of the world but the Spirit who is from God, that we may understand what God has freely given us.
13 This is what we speak, not in words taught us by human wisdom but in words taught by the Spirit, expressing spiritual truths in spiritual words.
14 The man without the Spirit does not accept the things that come from the Spirit of God, for they are foolishness to him, and he cannot understand them, because they are spiritually discerned.
15 The spiritual man makes judgments about all things, but he himself is not subject to any man’s judgment:
16 “For who has known the mind of the Lord that he may instruct. – Source: (1 Corinthians 2:11-16), highlight by Apologetics Index

Read more at the entry on discernment

Next page: Essential Doctrines – Research Resources
Previous page: To Believe or Not to Believe? 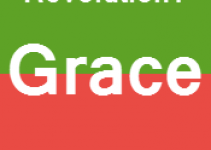 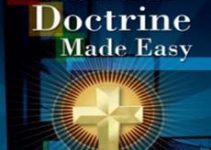