“The Assemblies” currently consist of about a dozen small Christian gatherings, mostly in the U.S., that were founded by George Geftakys, beginning in 1971.

In 2002, there were more than fifty Assemblies world-wide. Most of them disbanded in 2003 following the revelation of Mr. Geftakys’ sexual involvement with women in the group and the cover-up of his son’s long history of domestic violence.
– Source: The Assemblies of George & Betty Geftakys: Introduction to the Ministry [Contra]

Dawn Smith: Why I Left an Evangelical Cult

With humor and piercing observations, Dawn Smith sheds light on growing up in a religious cult and what it takes to leave everything you’ve ever known. This poignant story will make you cry and laugh as she shares her struggles with joining the outside world. 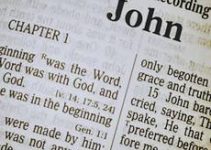