Can a Christian engage in martial arts?

Christians often wonder whether or not they can engage in martial arts.

In the Sermon on the Mount, Jesus said,

“You have heard that it was said, An eye for an eye and a tooth for a tooth. But I tell you, don’t resist[b] an evildoer. On the contrary, if anyone slaps you on your right cheek, turn the other to him also. As for the one who wants to sue you and take away your shirt, let him have your coat as well.
– Source: Matthew 5:38-40 HCSB

Some Christians interpret that to mean that they should never defend themselves. Others disagree. [See, for instance, Does “Turn the Other Cheek’ Mean “Get Walked All Over’?].

People also point out that many martial arts are rooted in Eastern religious philosophy and mysticism — both of which are incompatible with Christian doctrine.

Christians have similar questions and concerns regarding yoga.

These two articles provide a good introduction on how Christian apologists view the martial arts. 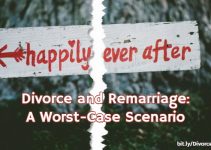