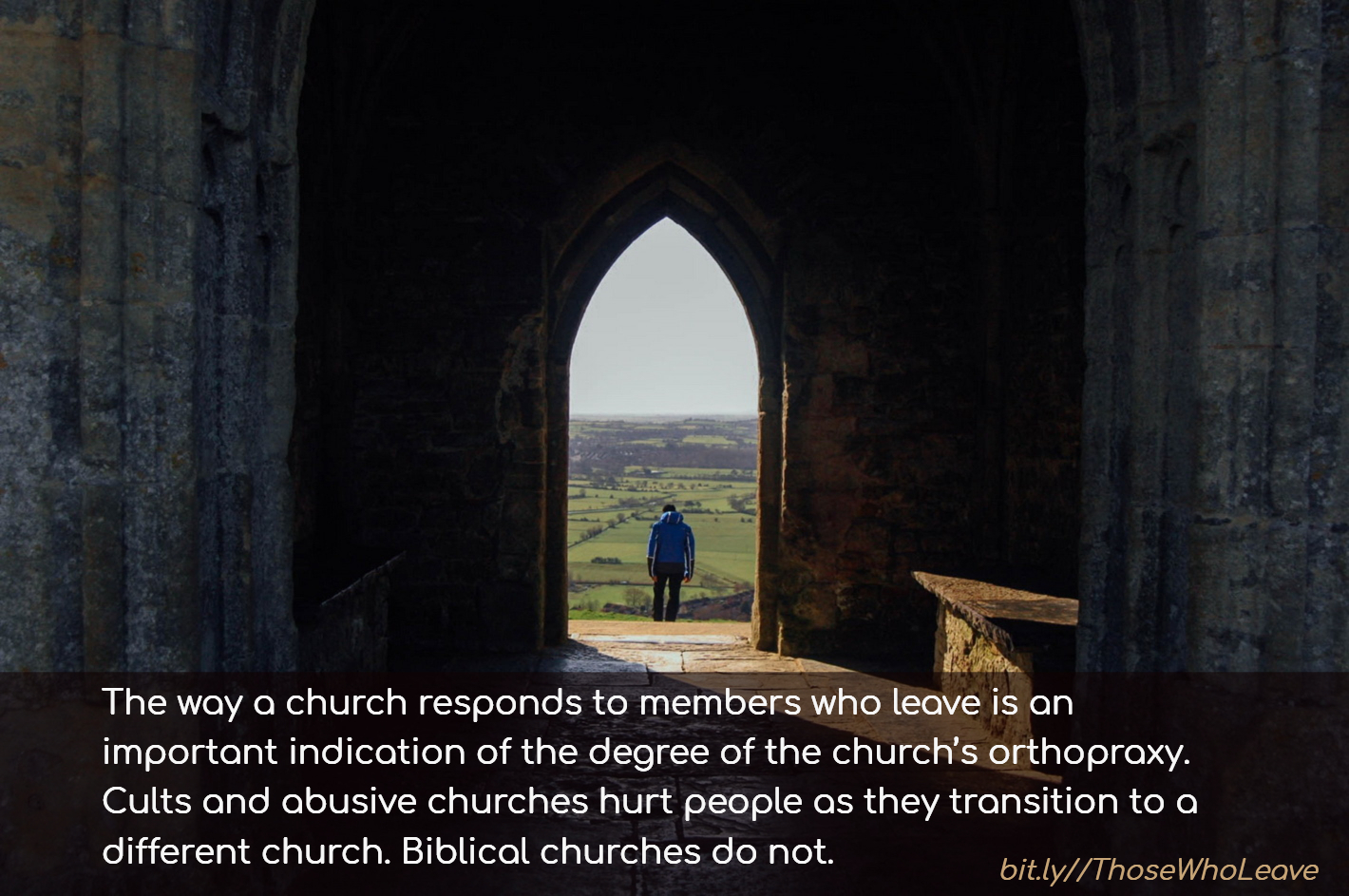 Image by fancycrave1, via Pixabay

People leaving the church we pastor (or in which we otherwise serve) to attend a different one is often a test of our personal maturity and the orthopraxy of our church’s ministry. First, these incidents can reveal to us if our motives for ministry have been proper. Our feelings at such a time show if we viewed the overriding purpose of those people’s attendance as one of our helping them or of their making us successful. Is our first, gut reaction concern for the welfare of those leaving, or concern for the success of the church (and our ministry)?

For even if I boast somewhat further about our authority, which the Lord gave for building you up and not for destroying you, I will not be put to shame. — 2 Corinthians 10:8 NASB

Do nothing from selfishness or empty conceit, but with humility of mind regard one another as more important than yourselves. — Philippians 2:3 NASB

Of this church I was made a minister according to the stewardship from God bestowed on me for your benefit… — Colosssians 1:25 NASB

Church members who leave are often unhappy about something related to our ministry and may express their opinions in undiplomatic ways. This kind of criticism can be very hard for us to accept with a calm and objective spirit. We will generally think the criticism of those who leave is unjustified — but if given enough time (perhaps as much as 20-30 years!) we might look back and see their points, regardless of how they might have been expressed, had some merit.  Even if people criticize us unfairly on their way out, this is a time for leaders and members to put on their grown-up pants and act like the bigger people. The entire church (and especially the leaders) should show their love for those who leave and wish them the best. The church never owned them and these people were never obliged to join that particular church.

The point at which people leave is generally not a legitimate time for reproof. If those who leave had wished to stay in the church in an immoral lifestyle or to spread false doctrines, reproof might have been fitting but when anyone declares themselves to be outside of the scope of our leadership it is rarely appropriate to express any rebuke.

Perhaps the worst thing church leaders and members can do after people leave is to criticize them behind their backs to remaining church members. This is sometimes a symptom of an abusive leadership style. The abusive leader will see people who leave as rebels and will try to make examples of them to scare other people from similar “rebellion.” I expressed this as follows in my article “Lessons Learned From Lying Leaders”

Though he [the manipulative leader] will never be successful in intimidating everyone in the group into mindless obedience, he can use the ‘rebels’ as examples to scare most of the others from following in their footsteps. The leader so demonizes the ‘rebels’ in his private conversations and public speaking that it becomes clear to the followers that to ‘rebel’ [by leaving] would mean having their reputations destroyed in a similar way by the leader. 1

As a rule, when people leave the church, ministers and members should show them love as they go, continue to act toward them as friends, and not speak badly of them after they have left. Ronald Enroth observes, 2 as does Marc Dupont, 3 that churches causing psychological pain to those who leave are inevitably abusive ones. It should be the goal of believers who remain in the church to make such people’s transition to a new church as pleasant as possible even though remaining members will naturally tend to feel that no one should leave them. Jesus said that our forbearing love for one another as believers would be the distinguishing trait of His disciples (John 13:35).

So, as those who have been chosen of God, holy and beloved, put on a heart of compassion, kindness, humility, gentleness and patience; bearing with one another, and forgiving each other, whoever has a complaint against anyone; just as the Lord forgave you, so also should you. Beyond all these things put on love, which is the perfect bond of unity. — Colossians 3:12-14 NASB

…Live in peace with one another.  We urge you, brethren, admonish the unruly, encourage the fainthearted, help the weak, be patient with everyone. See that no one repays another with evil for evil, but always seek after that which is good for one another and for all people. — 1 Thessalonians 5:13-15 NASB

If people who leave have done or said things they should not have, remaining members will generally learn this for themselves, even though it might take some time for them to. Consequently, the silence of leaders on such matters will show their maturity and the spiritual health of the church to all who observe the grace with which the church blesses members who leave to go elsewhere.

An exception to this general rule of conduct toward those who leave is seen in the exhortations to rebuke heresy and mark those who create splinter groups that stray from the bounds of orthodox, biblical teaching.

Now I urge you, brethren, keep your eye on those who cause dissensions and hindrances contrary to the teaching which you learned, and turn away from them. — Romans 16:17 NASB