When a Christian has divorced and remarried

Below is a copy of an answer I provided to someone who wrote me, asking if they should stay in their second marriage (they were apparently at fault for the divorce in their first one). They had been getting conflicting advice and wanted my opinion, which is expressed below. 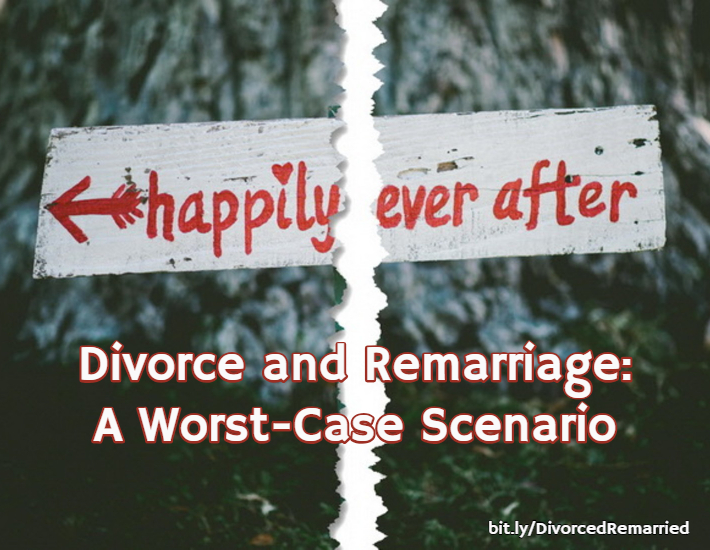 Divorce and Remarriage: a Biblical perspective

…You do not provide the background details involved in your divorce and remarriage but I think it will be best for the sake of argument, to assume the very worst about your circumstances — that you were the offending party in a previous marriage and left your first spouse not only with no biblical cause but in pursuit of an adulterous relationship that then resulted in a new marriage. Though your exact circumstances may not be thereby described, I think my answer to someone living within that situation will provide an application you will find for yours.

I believe that someone who has been unfaithful to their spouse and divorces them to marry another has committed a sin. I’m convinced the Scriptures are clear on this and I cannot find an orthodox scholar who expresses a differing opinion.

Nevertheless, the confusion you now experience results from an apparent lack of clear teaching in the Bible about what someone in the above-described state should do. As you have found, there are people who insist that such a person should divorce their current spouse since, in their view, such a person is living in a perpetual state of adultery. I do not believe this view can be clearly established from Scripture, however, and I find that even the strictest of Evangelical scholars do not insist upon a new, second divorce in such cases.

Perhaps the most pertinent NT verse in this regard would be Matthew 5:32:

But I say to you that everyone who divorces his wife, except on the ground of sexual immorality, makes her commit adultery, and whoever marries a divorced woman commits adultery.

After considering the Greek construction of this verse, J. Carl Laney, who takes a very strict stand on divorce and remarriage, remarks that “The adultery would involve one punctiliar action at the time of the remarriage.” 1 In other words, Laney says the person in our above example commits an act of adultery but is not living in an ongoing state of adultery.

John Murray asserts that after the divorce and remarriage, “The second marriage is the only one that exists.” 2

These considerations cause Robert J. Plekker to say the following:

Those who advocate a second divorce to cure the problem of ‘continual’ adultery forget that a second divorce is as meaningless as the first. The offender may never claim his or her offense as a reason for another divorce. Sin does not cancel sin!…We must do everything within our power to avoid ever willfully repeating the sin. Would it follow then that to be forgiven for the sins of divorce and remarriage, God would demand that we sin in another divorce?” 3

Since God hates divorce a new one would be wrong and two wrongs do not make a right. Though it is an unscriptural act to divorce without cause and subsequently remarry, the act involved does not result in an ongoing, sinful state, and I believe that even if the person described in the first paragraph was culpable in the divorce, the new marriage does represent a new covenant before God that should henceforth be honored (precluding a new divorce). I believe the orthodox advice to such a person is to remain as they are and not further complicate matters with yet another divorce.

In short, even if you find yourself described in my first paragraph, the grace of God is now extended to you and allows you a new start with the command that you remain faithful to your new vows. It’s too late to unscramble eggs or undo what has been done. Receive the grace of God where you are and repent of any tendency to unfaithfulness or unwarranted divorce in the future.

As a postscript to the above email that was sent in response to a question, I would comment that I sympathize to a degree with those who might suggest that my stance on this topic will encourage people to flaunt God’s standards on marriage by repeatedly divorcing and remarrying carelessly and with seeming impunity. I can only say that the same objection could be raised (hypothetically) in regard to the New Testament’s clear teaching that God forgives the sins of believers who repent.

One might say that His grace encourages further sin but this is only so with people whose heart is darkened and who are not really following Christ. Such people will eventually give an account for their actions. In teaching God’s word, I cannot let a fear of this kind of misconduct (as applied to divorce and remarriage) cause me to censor His truth — though I would add that a hardened and repeated disregard for God’s standards will have consequences in this age and in the one to come.