About Our Research Resources

Daughter of the Saints (Contra) by Dorothy Allred Solomon.

Understandably, there is a shortage of first-hand, primary source material on the current practice of polygamy. Glimpses can be found in court records or police reports, but mostly the practice is shrouded in myth, rumor and mostly unreliable stories passed from teller to teller.

Thus, this contemporary account written by a woman readed by fifth-generation polygamists is both remarkable and courageous.

It provides a rare insider’s account of growing up in the polygamist culture of a fundamentalist Mormon community in the 20th century. It was a culture of secrecy, silence, deprivation, fear, lies and persecution that ultimately led the author to abandon the group, enter a monogamous marriage and begin a search for her true identity.– Brave Author Details Living in Polygamy
Tulsa World, USA, Jan. 16,2005

Predators, Prey, and Other Kinfolk: Growing Up in Polygamy

In this intriguing book, social psychologist Irwin Altman and anthropologist Joseph Ginat examine husband-wife and wife-wife relationships in contemporary Mormon polygamous families. The authors describe how husbands and wives in plural families cope with their complex lifestyle in various facets of everyday life, including courtship, weddings, honeymoons, adjustments to a new life, living arrangements, and the husband’s rotation among wives. Other topics include budget and resource management, psychological attachments to homes, and the social-emotional relationships among family members. This pioneering, comprehensive analysis of life in modern day Mormon polygamous families uses first-hand interviews and observations to describe this unusual family lifestyle. It adds to our understanding of close relationships and complements knowledge on other modern relationship forms, such as single-parent families, blended families, and cohabitating partners. This is important reading for researchers in social psychology, anthropology, and religious studies.– Book description at Amazon.com

Shattered Dreams: My Life as a Polygamist’s Wife by Irene Spencer. [Related article]

Just as A Mormon Mother is the standout memoir of a 19th-century polygamous woman’s life, this autobiography offers the compelling voice of a contemporary plural wife’s experiences. Daughter of a second wife, Spencer was raised strictly in the Principle as it was lived secretly and illegally by fringe communities of Mormon fundamentalists–groups that split off from the LDS Church when it abandoned polygamy more than a century ago. In spite of her mother’s warnings and the devotion of a boyfriend with monogamist intentions, Spencer followed her religious convictions–that living in polygamy was essential for eternal salvation–and became a second wife herself at the age of 16 in 1953. It’s hard to tell which is more devastating in this memoir: the strains of husband-sharing with–ultimately–nine other wives, or the unremitting poverty that came with maintaining so many households and 56 children. Spencer’s writing is lively and full of engaging dialogue, and her life is nothing short of astonishing. After 28 years of polygamous marriage, Spencer has lived the last 19 years in monogamy. Her story will be emotional and shocking, but many readers will resonate with the universal question the memoir raises: how to reconcile inherited religious beliefs when they grate against social norms and the deepest desires of the heart.
– Source: Publishers Weekly, at Amazon.com

Under the Banner of Heaven : A Story of Violent Faith

In 1984, Ron and Dan Lafferty murdered the wife and infant daughter of their younger brother Allen. The crimes were noteworthy not merely for their brutality but for the brothers’ claim that they were acting on direct orders from God. In Under the Banner of Heaven, Jon Krakauer tells the story of the killers and their crime but also explores the shadowy world of Mormon fundamentalism from which the two emerged. The Mormon Church was founded, in part, on the idea that true believers could speak directly with God. But while the mainstream church attempted to be more palatable to the general public by rejecting the controversial tenet of polygamy, fundamentalist splinter groups saw this as apostasy and took to the hills to live what they believed to be a righteous life. When their beliefs are challenged or their patriarchal, cult-like order defied, these still-active groups, according to Krakauer, are capable of fighting back with tremendous violence. While Krakauer’s research into the history of the church is admirably extensive, the real power of the book comes from present-day information, notably jailhouse interviews with Dan Lafferty. Far from being the brooding maniac one might expect, Lafferty is chillingly coherent, still insisting that his motive was merely to obey God’s command. Krakauer’s accounts of the actual murders are graphic and disturbing, but such detail makes the brothers’ claim of divine instruction all the more horrifying. In an age where Westerners have trouble comprehending what drives Islamic fundamentalists to kill, Jon Krakauer advises us to look within America’s own borders. – John Moe, at Amazon.com

The Changing World of Mormonism

by Jerald and Sandra Tanner

The Primer (Contra) by the Office of the Utah Attorney General.

Polygamy is illegal in Utah and forbidden by the Arizona constitution. However, law enforcement agencies in both states have decided to focus on crimes within polygamous communities that involve child abuse, domestic violence and fraud. The Utah Attorney General’s Office and the Arizona Attorney General’s Office also worked together to produce “The Primer—Helping Victims of Domestic Violence and Child Abuse in Polygamous Communities.” This manual provides basic information about various polygamous communities that will assist human services professionals, law enforcement officers and others in helping victims from these communities. The Primer will be updated regularly to reflect modifications in the law and changes in each organization’s beliefs and practices. Click here to read or print the latest PDF version of The Primer

Carolyn Jessop talks about her Escape from the FLDS

Nave’s Topical Index – Polygamy A series of Bible verses on the topic of polygamy.

Polygamy Entry in the Encyclopedia Britannica.

“Child Protection Project is dedicated to raising awareness about issues of child abuse within polygamy and other religious organizations. We are particularly interested in how institutions, especially churches, ignore child abuse reporting requirements; and thus cause unnecessary suffering and pain to children and families.”

Hope for the Child Brides (Contra)

Hope for the Child Brides is a St. George, Utah based non-profit organization. We work with Help the Child Brides, a non-profit charitable organization dedicated to ending abuses in the Fundamentalist Church of Jesus Christ of Latter Day Saints (FLDS) communities. ChildBrides.org provides information on the background of the Utah/Arizona and the Canadian FLDS polygamous communities, true stories of some of the victims of abuse, current events in the news regarding the issues surrounding these communities, and a portal to contact elected officials to voice your opinions about these issues.

The HOPE Organization This is “a non-profit group dedicated to assisting survivors of abuse within polygamous relationships
on their courageous journey to personal freedom.”

LDS-Mormon.com (Contra) This extensive site by a Mormon skeptic includes a number of articles regarding Mormon polygamy.

Polygamy.org (Contra) “[D]edicated to the survivors of polygamy. This website is an on-going project by individuals whom left Mormon polygamy with the goal of empowering survivors while providing education, prevention, and resources to the public.” Until 2009, the domain name was used by “Tapestry Against Polygamy,” which dissolved.

The Principle (Contra) “The Center for Public Education
and Information on Polygamy.” Extensive anti-polygamy site, operated by an ex-mormon (formerly married to a polygamist)

Safety Net “The Safety Net Committee began in 2003 by Utah’s Office of the Attorney General.  Government agencies, non-profits and interested individuals meet monthly in St George, Colorado City, Salt Lake City, and Arizona to ensure that people associated with the practice of polygamy have the same educational opportunities and access to justice, safety and services as the general public.”

Tapestry Against Polygamy (Contra) A non-profit organization led by ex-polygamous wives and family members. It’s stated purpose is to assist others in making ”the transition from polygamy to mainstream society.” [Closed in 2009. Website archived at the Internet Archive]

Principle Voices (Pro) “[A]n advocacy organization committed to educating others about polygamous families and their culture, and to encouraging empowerment of individuals and families from the polygamous culture to secure for themselves equal representation and civil rights.”

 An earlier version of this entry was posted to Apologetics Index on June 16, 1998. 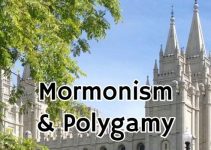 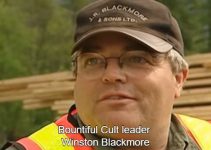