From the very beginning God created one woman for one man (see Genesis 1:27

explicitly instructed the king not to “multiply wives.”

– If bigamy is sinful, why did King Solomon have so many wives?

A very important point to remember is that not everything recorded in the Bible is approved in the Bible. Consider where polygamy originated — first in the line of the murderer Cain, not the godly line of Seth. The first recorded polygamist was the murderer Lamech (Gen. 4:23–24

). Then Esau, who despised his birthright, also caused much grief to his parents by marrying two pagan wives (Gen. 26:34

God also forbade the kings of Israel to be polygamous (Deut. 17:17

). Look at the trouble when they disobeyed, including deadly sibling rivalry between David’s sons from his different wives; and Solomon’s hundreds of wives helped lead Solomon to idolatry (1 Kings 11:1–3

What about godly men who were polygamous?

Abraham and Sarah would have been monogamous apart from a low point in their faith when Hagar became a second wife — note how much strife this caused later. Jacob only wanted Rachel, but was tricked into marrying her older sister Leah, and later he took their slave girls at the sisters’ urging, due to the rivalry between the sisters. Jacob was hardly at a spiritual high point at those times, and neither was David when he added Abigail and Ahinoam (1 Sam. 25:42–43

Why did God seem to allow it, then?

It is more like the case of divorce, which God tolerated for a while under certain conditions because of the hardness of their hearts, but was not the way it was intended from the beginning (Matt. 19:8). But whenever the Mosaic law had provisions for polygamy, it was always the conditional “If he takes another wife to himself …’ (Ex.21:10

), never an encouragement. God put a number of obligations of the husband towards the additional wives which would discourage polygamy. It is no wonder that polygamy was unknown among the Jews after the Babylonian exile, and monogamy was the rule even among the Greeks and Romans by New Testament times. 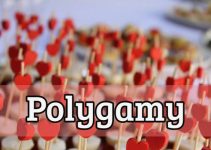 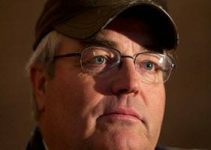