Home
Grace and Mercy
Grace Plus Nothing

As mentioned, Jeff Harkin has graciously allowed us to post a few chapters of his book, Grace Plus Nothing, on Apologetics Index.

Table of Contents hide
1 Grace Plus Nothing: Introduction
1.1 Author and Copyright

Grace Plus Nothing: Introduction

Thank God for failure! Why? Because if I had not failed miserably as a legalistic Christian, I could never have known the transforming power of the grace of God.

Oy yes, I became a Christian totally on the basis of God’s grace. But I had no knowledge that the Lord intends for me to continue growing in my walk with him on the basis of grace alone. Therefore, as happens with scores of Christians, it wasn’t long before I let go of grace and feell into the abyss of legalism as my basis for relating to God.

And then came failure upon failure. Christ had taken way my sin and guilt, but legalism amplified both! As a result, I quit on Christianity for five years in the mid-1960s and lapsed into a worse condition than I had been in as an unbeliever. Ironically, that’s when I began to understand grace.

Many Christians constantly doubt that God’s will for them is to continue to relate to him on the basis of grace alone. Is this Biblical? Is it Orthodox? Can it produce Christian maturity?

Of course, most blood-bought, born-again believers in Jesus Christ realize that they came to God initially as nothing more than lost sinners and the Lord reconciled them to himself on the singular basis of the blood of Christ. In other words, they began with grace alone. But does God intend to produce Christian maturity in us through exactly the same grace whereby he saved us to begin with? The answer to this question is an emphatic yes!

It has been my observation throughout thirty years of Christian ministry as both a counselor and a teacher that a surprisingly high percentage of true believers in Jesus Christ are hindered or crippled in many vital areas of their Christian growth, worship, and witness because they lack understanding of how to appropriate the grace of God on a daily basis. This lack of understanding causes multitudes of Christians to become disillusioned and frustrated. Some have given up on the faith, while many more are merely treading water, having been robbed of the joyful, intimate relationship with the Lord that he deeply desires.

Church history demonstrates that believers in every generation become enslaved to a performance basis for earning God’s approval and blessing. In other words, they believe they are right with God because they do the right things. This is a constant temptation for all who desire to please God. In this book I’ll be using the term performance basis interchangeably with the term legalism.

Because performance-based living is so deeply rooted in human nature, the entire world, not just the Christian world, is filled with people who either thrive on it or who are constantly striving to extricate themselves from it. But apart from the applied grace of God – the exact opposite of performance-based living – nothing more than superficial relief is ever realized by anyone, Christian or not.

Grace Plus Nothing is offered as a tool to help eradicate legalism from your life and to establish you in the grace of God as a way of life. The book will help you deal with guilt and shame permanently in God’s way. Many are already using it for this purpose in various types of recovery programs. I will also speak to crucial issues such as developing forgiveness, commitment, a consistent devotional life, and a confident prayer life.

The book is organized as a series of readings that define both legalism and grace and continually encourage the reader to learn to stand in the grace of God and to live in his righteousness.

The series is designed to be read slowly and meditatively in much the same way as one would use a book of daily devotions. The articles are in a logical sequence. Most of them build upon those preceding. The emphasis in not merely on providing information, but also on applying the truth of grace in one’s life day after day.

Sometimes I have been purposely redundant because it seems too difficult for most Christians to learn to habitually relate to God on the basis of grace alone.

The bottom line in this book is this: It must bring you to Jesus again and again, for that is your real need. 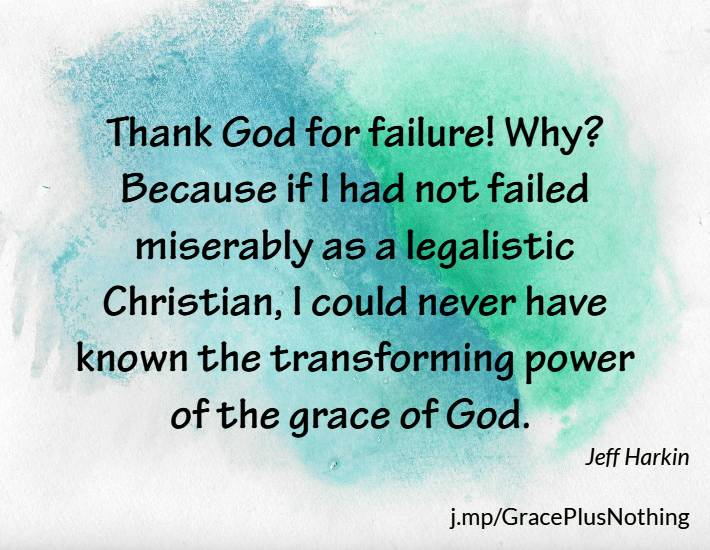 Thank God for failure! Why? Because if I had not failed miserably as a legalistic Christian, I could never have known the transforming power of the grace of God. – Jeff Harkin.
Thanks for sharing this graphic on your social media counts, website, or blog. 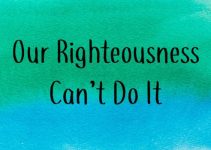 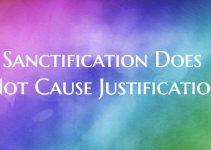 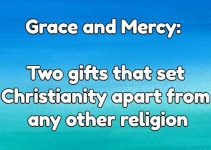