“I used to be a deluded, ignorant, and hateful Christian like you until I learned to be better than you!” This is the essence of personal testimonies (variously called “deconversion stories,” “ex-timonies,” or “anti-testimonies”) given by people who claim to have de-converted in some way from orthodox, Evangelical Christianity. Recently there has been a flurry of articles pro and con about these. 1 I have personally encountered a good number of these accounts and believe that in the process I learned some valuable lessons about how best to interact with people giving “testimonies” of this kind.

Though the particular terms used to denote these narratives have all apparently been coined by atheists who use such stories quite liberally on a variety of websites, I choose here to address them under what I consider their most generic moniker — “anti-testimonies,” since testimonies of this kind are not used exclusively by atheists. I have also heard them from people representing various groups that consider themselves to be religious or even Christians in some sense — just no longer conservative, orthodox Evangelicals.

The anti-testimony begins with the testifier’s dark and depressing story of their time as a conservative, orthodox Christian and transitions to the joy and positive life-change they claim resulted from realizing they had been wrong and from embracing their current position. The story told is supposed to be typical of both categories — with the first part representing the entirety of conservative, orthodox, Christianity and the second fully representing the supposed reality or truth they have found.

In every case I have experienced, the first part of the story seems either false or greatly exaggerated, but it is counterproductive to call the person a liar or to even imply this. Since, at that moment, I cannot prove their narrative is not fully factual, if I even imply any falsehood on their part they will at least feign shock, outrage, and hurt that I have defamed them and will point to this defamation as an ad hominem that betrays my lack of sufficient reason to support my own assertions.

The most effective thing I have found to do in such moments is to treat the story as factual and respond as I genuinely would have had I encountered a person or group saying and doing the things in the anti-testimony. By expressing disapproval of the hateful and/or psychotic speech or behavior described, I show that this kind of thinking or behavior does not represent all of conservative, orthodox, Christianity. When the anti-testifier describes mean or psychotic things they claim to have said or done as a supposedly orthodox Christian I express relief that they no longer say or do those things (assuming for the moment that they really had).

In addition to atheists and postmodern anti-testifiers, I have dialogued with some extremists who claim that while they were orthodox Evangelicals they obsessed over their sins to the point of spending hours every day confessing every personal sin of which they could think. 2 Again, though I doubt these people really did this, I just express delight that they have apparently been delivered from this neurotic obsession.

If the anti-testifier tells of hateful or psychotic things taught by a group with which they formerly associated, I politely ask for specific citations of any hateful or psychotic speech they have put in the mouth of others (“exactly which church, books, or articles?”) since I would like to write those people to correct their mistaken ideas about Christianity (assuming for the moment that such things had actually been said by others). The person’s inability to provide citations to which I can personally respond further shows that the first part of the anti-testimony does not describe all of conservative, orthodox, Christianity (and I do not let references to bizarre groups such as the Westboro Baptist Church count if the person was never part of them since a reference of this kind cannot be a legitimate part of a personal anti-testimony).

The anti-testifier will usually add some account of the destructive effects they have seen Evangelical Christianity have on others, sometimes claiming that “hateful” Evangelicals and their “narrow-minded” beliefs drive people to suicide. To answer this charge, I think it helps to do three things.

First, I would ask the anti-testifier to give specific names of people who committed suicide as a result of Evangelical beliefs and/or the behavior of Evangelicals, since I would like to research these cases in order to learn what could have been done to help the victims. As a rule, the person presenting their story cannot provide specific names (they have just “heard of many cases”).

Even if the anti-testifier does provide a verifiable account of a suicide by a practicing Evangelical it is helpful to then ask if they are certain the person involved committed suicide because they were a practicing Evangelical or in spite of this (and if they are certain it was because they were an Evangelical, how they obtained this certainty). In short, is the anti-testifier sure they are not committing the post hoc fallacy (“after this, therefore because of this”)? There might be a multitude of factors at work in any person who commits suicide and randomly selecting a specific thing as the one factor that drove the person to this act may represent nothing more than the biased, mistaken thinking of a person who imagines they have diagnosed the psychological dynamics involved.

Objective studies have repeatedly shown that firm, religious faith makes believers less likely to commit suicide. One meta-analysis of nine studies that evaluated suicides concluded, “Religion plays a protective role against suicide in a majority of settings where suicide research is conducted.” 3  Actual evidence indicates that an absence of faith makes suicide more likely. Writing for the Huffington Post, atheist Staks Rosch concedes that atheists are “more prone to suicide than religious believers.”

The aspect of Evangelical Christianity that is most often blamed for the wretched consequences narrated is the moral absolutes proclaimed by Christians. Anti-testifiers say the conflict of these absolutes with people’s proclivities to do otherwise creates inner conflict and shame that is unbearable. The anti-testifier’s rejection of moral absolutes reflects postmodern culture’s portrayal of truth as a journey rather than a destination — a relativism that inevitably expresses self-defeating absolutes of its own, as Michael Kruger observes:

In our current postmodern culture, there’s nothing more offensive than being dogmatic. Just about anything is allowed except certainty.

Thus, the quickest way to win points in a de-conversion story is to admit you used to commit this cardinal sin but now you know better…

Of course, there are numerous problems with this sort of position.  For one, it’s profoundly self-contradictory. [Jen] Hatmaker seems certain this is the way the Christian religion works.  She’s dogmatic in her condemnation of dogmatism.

Anti-testifiers often use emotionally charged language that seems intended to elicit angry responses from Evangelicals (responses that will supposedly illustrate how hateful orthodox Christians are). Responding emotionally ourselves to this inflamed rhetoric, however, will only cause the anti-testifier to think they have “won.” Gregory Koukl calls this tactic by anti-testifiers a resort to “negative noise” and he rightly says it should simply be overlooked:

In parleys about emotionally charged issues, especially spiritual ones, it’s not unusual for disparaging, derisive, or sarcastic language to creep into the conversation…Don’t take it personally and don’t be distracted by that kind of chatter. Whether you’re reading an article or having a conversation, try to tune out the negative noise. In the long run, the rhetorical “spin’ doesn’t count in the assessment. Sidestep anything that sounds snarky or snide. Let it go and focus on the substance.

As already stated, the anti-testimony will most likely conclude with an account of the increased feelings of freedom and happiness the person now has. In response, it should be said that the degree to which a person currently feels happy is not the ultimate criteria with which to evaluate their life. Truth is of more lasting value than the moment’s feelings, and the eternal joy that will be derived from embracing saving truth counts for infinitely more than any feelings we might now enjoy. God intends to bless His people with an eternal glory that far outshines any happy feelings found in this world or this age. In a sermon based on the beatitudes (especially the first two, found in Matthew 5:3-4) I conclude as follows:

At this point it should be clear that Jesus uses this word “blessed” in an unusual way. From the second beatitude we saw that this blessing is deeper than emotions since those who mourn are counted blessed. When we look down to verse eleven of Matthew five we observe that this blessing is irrespective of circumstances. Jesus says there “Blessed are you when people insult you, persecute you and falsely say all kinds of evil against you because of me.” So what the beatitudes convey is not conventional, worldly wisdom. Jesus looks past mere, surface issues to things of the Spirit and matters of eternity. A lot of people are obsessed with what Solomon described as meaningless vanities under the sun, but Jesus is more concerned that we know His kingdom blessing which surpasses everything under the sun.”

God gives grace to the lowly and contrite heart (Isaiah 66:2) resulting in this blessing that surpasses pleasant circumstances and happy feelings as a mighty river surpasses a rivulet of water running down one’s driveway. Kingdom blessedness is infinitely deeper and longer lasting than worldly success or pleasantness. The blessedness God intends for you is far more than a temporary circumstance or fleeting emotion. What He wants for you is eternal glory — eternal and glorious beyond comparison. Blessed are the poor in spirit, for theirs is the kingdom of heaven! Blessed are those who mourn, for they will be comforted!

After listening to an anti-testimony and responding as indicated above, I will generally speak to the person of my Christian, conversion testimony. While the other person may not consider my testimony to be valid we have at least landed, for the moment, on level ground. Their anti-testimony has shriveled and been stalemated. Their attempt to take higher ground has failed and we can then move forward in our dialogue as I rely on the Holy Spirit to make the words I subsequently speak real to the heart of the other person. 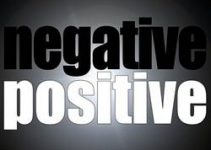