About Our Research Resources

Mackenzie Allen Philips’ youngest daughter, Missy, has been abducted during a family vacation and evidence that she may have been brutally murdered is found in an abandoned shack deep in the Oregon wilderness. Four years later in the midst of his Great Sadness, Mack receives a suspicious note, apparently from God, inviting him back to that shack for a weekend.

Against his better judgment he arrives as the shack on a wintry afternoon and walk back into his darkest nightmare. What he finds there will change Mack’s world forever.

In a world where religion seems to grow increasingly irrelevant The Shack wrestles with the timeless question, Where is God in a world so filled with unspeakable pain? The answers Mack gets will astound you and perhaps transform you as much as it did him. You’ll want everyone you know to read this book.

Millions of readers love the book, with many people reporting that it has made a dramatic emotional impact on them. Some say the story provides a great example on how to handle tragedy, while others claim it confirmed what they already believed.

Amazon.com even quotes a hyperbolic statement by Eugene Peterson, Professor Emeritus of Spiritual Theology, Regent College, Vancouver, B.C., Canada, who proclaims, “This book has the potential to do for our generation what John Bunyan’s ‘Pilgrim’s Progress’ did for his. It’s that good!”

Most literary critics will likely disagree with the comparison.

More importantly, many Christian theologians and apologists point out that Young’s story — while, perhaps, a good read — is infused with bad theology to such a degree that Christians would do better to pass up on the story.

In her review of The Shack, Marcia Montenegro summarizes the book’s theological problems as follows:

Those who point out such problems often find themselves criticized by Christians who either claim theology in a work of fiction does not play an (important) role, or frankly state they agree with Young’s views.

Many will say this is fiction and therefore criticisms of Young’s theology in this book are off-limits or irrelevant. But Young is a Christian who places God, Jesus, and the Holy Spirit as central characters in his book, The Shack. Why insert obvious lessons that Mack, the main character, is learning about God, Jesus, and the Holy Spirit if we are to assume that God in this book is fantasy or fiction? The characters who represent God, Jesus, and the Holy Spirit make speeches and give spiritual information and advice. Without this, there would not be a story. The fact this book has been a bestseller renders its views of God even more significant. No book presenting religious themes and characters should be immune from examination and, if necessary, criticism. Any reader is perfectly warranted by the book itself to critique any problematic theological content.

Albert Mohler, who serves as the ninth president of The Southern Baptist Theological Seminary, says “When it comes to The Shack, the really troubling fact is that so many readers are drawn to the theological message of the book, and fail to see how it conflicts with the Bible at so many crucial points. All this reveals a disastrous failure of evangelical discernment.”

The publishing world sees very few books reach blockbuster status, but William Paul Young’s The Shack has now exceeded even that. The book, originally self-published by Young and two friends, has now sold more than 10 million copies and has been translated into over thirty languages. It is now one of the best-selling paperback books of all time, and its readers are enthusiastic.

According to Young, the book was originally written for his own children. In essence, it can be described as a narrative theodicy — an attempt to answer the question of evil and the character of God by means of a story. In this story, the main character is grieving the brutal kidnapping and murder of his seven-year-old daughter when he receives what turns out to be a summons from God to meet him in the very shack where the man’s daughter had been murdered.

In the shack, “Mack” meets the divine Trinity as “Papa,” an African-American woman; Jesus, a Jewish carpenter; and “Sarayu,” an Asian woman who is revealed to be the Holy Spirit. The book is mainly a series of dialogues between Mack, Papa, Jesus, and Sarayu. Those conversations reveal God to be very different than the God of the Bible. “Papa” is absolutely non-judgmental, and seems most determined to affirm that all humanity is already redeemed.

The theology of The Shack is not incidental to the story. Indeed, at most points the narrative seems mainly to serve as a structure for the dialogues. And the dialogues reveal a theology that is unconventional at best, and undoubtedly heretical in certain respects.

While the literary device of an unconventional “trinity” of divine persons is itself sub-biblical and dangerous, the theological explanations are worse.
[…]

The most controversial aspects of The Shack’s message have revolved around questions of universalism, universal redemption, and ultimate reconciliation.
[…]

James B. DeYoung of Western Theological Seminary, a New Testament scholar who has known William Young for years, documents Young’s embrace of a form of “Christian universalism.” The Shack, he concludes, “rests on the foundation of universal reconciliation.”

Even as Wayne Jacobson and others complain of those who identify heresy within The Shack, the fact is that the Christian church has explicitly identified these teachings as just that — heresy. The obvious question is this: How is it that so many evangelical Christians seem to be drawn not only to this story, but to the theology presented in the narrative — a theology at so many points in conflict with evangelical convictions?

Evangelical observers have not been alone in asking this question. Writing in The Chronicle of Higher Education, Professor Timothy Beal of Case Western University argues that the popularity of The Shack suggests that evangelicals might be shifting their theology. He cites the “nonbiblical metaphorical models of God” in the book, as well as its “nonhierarchical” model of the Trinity and, most importantly, “its theology of universal salvation.”
[…]

In evaluating the book, it must be kept in mind that The Shack is a work of fiction. But it is also a sustained theological argument, and this simply cannot be denied. Any number of notable novels and works of literature have contained aberrant theology, and even heresy. The crucial question is whether the aberrant doctrines are features of the story or the message of the work. When it comes to The Shack, the really troubling fact is that so many readers are drawn to the theological message of the book, and fail to see how it conflicts with the Bible at so many crucial points.

The tragedy that evangelicals have lost the art of biblical discernment must be traced to a disastrous loss of biblical knowledge. Discernment cannot survive without doctrine.
– Source: The Shack — The Missing Art of Evangelical Discernment, Albert Mohler, Jan. 27, 2010

The Shack may do well for many in engaging the current culture, but not without compromising Christian truth. The book may be psychologically helpful to many who read it, but it is doctrinally harmful to all who are exposed to it. It has a false understanding of God, the Trinity, the person and work of Christ, the nature of man, the institution of the family and marriage, and the nature of the Gospel. For those not trained in orthodox Christian doctrine, this book is very dangerous. It promises good news for the suffering but undermines the only Good News (the Gospel) about Christ suffering for us. In the final analysis it is only truth that is truly liberating. Jesus said, “You shall know the truth and the truth shall set you free” (John 8:32). A lie may make one feel better, but only until he discovers the truth. This book falls short on many important Christian doctrines. It promises to transform people’s lives, but it lacks the transforming power of the Word of God (Heb. 4:12) and the community of believers (Heb. 10:25). In the final analysis, this book is not a Pilgrim’s Progress, but doctrinally speaking The Shack is more of a Pilgrim’s Regress.
– Source: The Shack: Helpful or Heretical? A Critical Review by Norman L. Geisler and Bill Roach 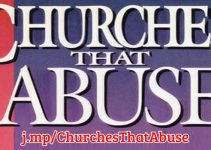