Should Christians Judge or Not? 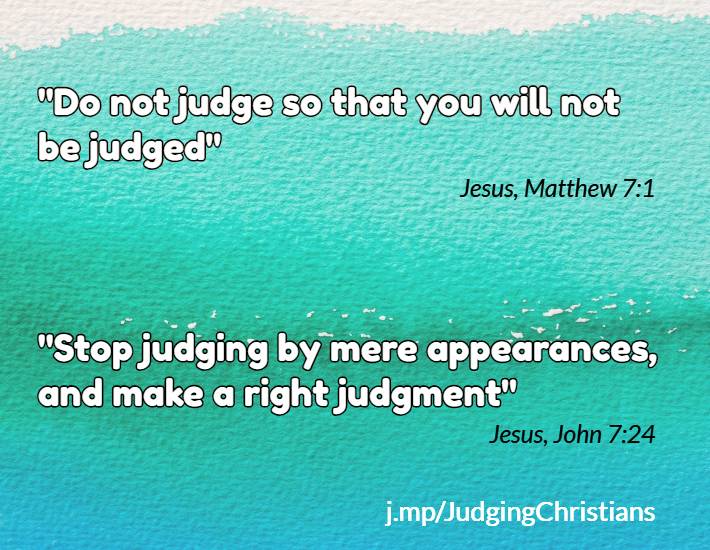 Did Jesus tell Christian not to judge? The Bible teaches that Christians must grow in discernment – which necessarily involves judging.

The Bible teaches that Christians are to apply scriptural principles of discernment regarding beliefs, teachings and actions.

Yet many Christians are confused when it comes to the Bible’s teachings regarding judging.

When you question the doctrines and behavior of certain teachers or movements, you often run into Christians who refuse to consider your arguments.

More often then not, they will try to prevent any discussion by quoting the words of Jesus:

If that doesn’t stop you, you will likely be served with, “Touch not mine anointed”.

Mind you, nine of ten people will not be able to give you the reference, Psalm 105:15, or quote the second part of that verse — let alone place it in its context.

The way to respond is to ask the other person what Jesus meant when he said, “Stop judging according to outward appearances; rather judge according to righteous judgment.” (Jesus, John 7:24)

The Bible shows that there are various types of judging. As Christians, we cannot pronounce eternal judgment on someone. Only God — who knows a person’s heart — can do so.

But Christians should evaluate, appraise, and discern — and we should do so in a correct manner (which, it should be said, includes a right attitude).

If you haven’t yet read our article on discernment, do that first. It will provide you with a good introduction to this topic.